Bombshell is a riveting film that showcases the actions taken by 3 women from the Fox News Network and the effects it had on the industry in America. Based on real-life events, it portrays the efforts by Megyn Kelly (Charlize Theron), Kayla Pospisil (Margot Robbie) and Gretchen Carlson (Nicole Kidman), the women who had been striving in their careers as professional news anchors, with Kayla as the rookie getting herself into the limelight.

The infamous former chairman of the network, CEO Roger Ailes (John Lithgow) became the centre of attention and Fox News came under fire when these accounts of the sexist methods of communication with female employees broke out. The newsroom was torn into taking sides as news anchors and executives chanted “Team Roger” with their printed blue t-shirts. 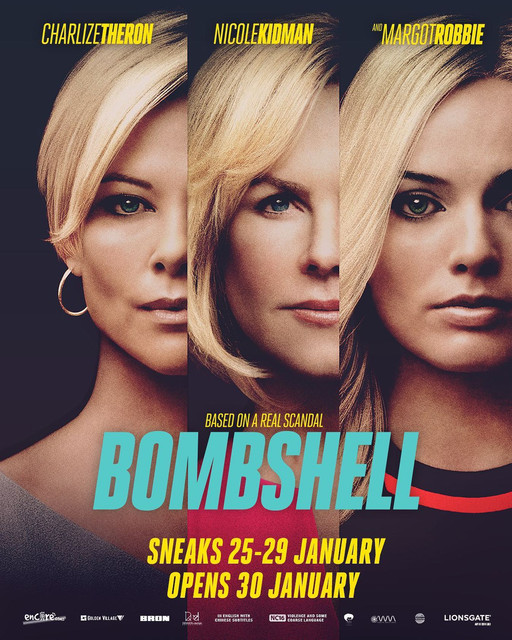 Apart from the intense emotions as portrayed in the film’s poster of the leading women, the film speaks volumes of the inequality women in the broadcasting industry faced. The opening of the film narrates events leading to the president-elect, Donald Trump. Fox News comes under fire when Kelly interviews the candidate and issues of the depiction of women comes into question within and out of the company.  This is followed by a heart-breaking scene by Robbie as Pospisil in the CEO’s office. This is about as much spoilers I shall reveal. These issues really make you think about the meaning of being loyal in a company.

The film is an encouragement for women to speak up on issues such as sexual harassment at the workplace. Employees regardless of status should be treated with respect and not be swayed by corporate targets and image alone. The tough conditions of former news anchors Kelly and Carlson should be an example for companies despite its corporate culture. The real accounts of women featured in the film may have been the prelude to the #MeToo campaign. 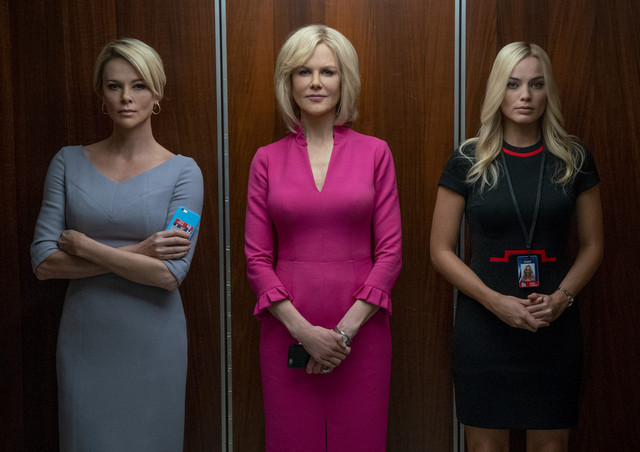 Bombshell is a portrayal based off the scandals by Fox News. The release of the miniseries, The Loudest Voice, starring Russell Crowe is a based on a book by Gabriel Sherman in 2014.

From the Golden Globes to the BAFTAs, Theron and Robbie were nominated for their outstanding performances as the strong female news anchors. From last night’s BAFTA, Bombshell was awarded Best Make Up and Hair; another reason why you should catch Bombshell as it is set for release on 30 January 2020!

The Fifth Parlour would like to thank Encore Films Singapore for the invitation!