Last month, Jesse Ruben was in Singapore as part of the annual Music Matters Live. This marked his second visit to Singapore. The Fifth Parlour managed to catch up with him after his set at Crazy Elephant. During our phone interview with him last year, Ruben shared that he was working on his full length album.

Ruben revealed that the album has already been completed, and that he managed to gather some talented people to work alongside him. He really wanted to make music with other people because he figured it would be fun collaborating with others for change as he typically works solo.

Whilst marketing and promotion plans for the album are still in the works, one thing is for sure and that is that it is already completed! The 32-year-old singer-songwriter promised that the first single off the album will mostly likely drop early next year.

As with his previous material, Ruben always ensures that there is a message to be conveyed. For this album, which comprises of ten songs, there are a lot of emotions going on; from dealing with emotional crisis, figuring out your place in the world and balancing between being happy while a lot of things are going on, and the lists goes on. Apart from conflicting emotions, he also wrote about the love he has for his wife who he has been in a relationship with for eight years.

Speaking of his wife, Ruben reveals that three of songs on the album are dedicated to her. “She has gotten way more mad at me more than three times,” He reveals that these songs resulted after their fights. “But you know, I got three songs out of it. So it’s totally okay,” joked Ruben. 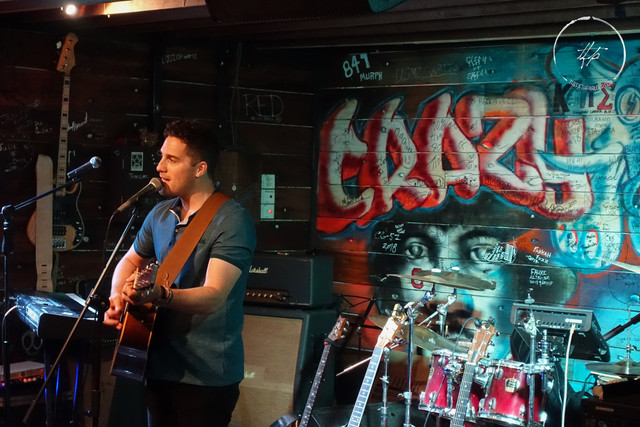 Besides his wife whom he adores, Ruben has another love; a love for a particular drink. He got so excited and declared his love for the ever popular bubble tea, stating that Gong Cha is his favourite. So which bubble tea best represents his music?

“It would have to be one that is like, sweet but not too sweet. But also like lots of toppings like you can’t just have pearls in there. We got to have like the aloe vera jelly and pudding,” explained Ruben. He felt that there a lot of things going on in his songs hence, the varieties of toppings represents it. For the sugar level, it will be 50% and he will go with the classic milk black tea.

Whether it’s a classic Milk Black Tea or Green tea, we for sure cannot wait to get a sneak peek of his upcoming album. Stay connected with Ruben by following him on social media:
Facebook, Instagram, Twitter and website!

The Fifth Parlour would like to thank Jesse Ruben for the interview and Music Matters Live and Foundation Music for coordinating the interview.