The Fifth Parlour had the opportunity to chat with Sony-Kartel artiste, Joe Flizzow earlier this month. The 38 year old Malaysian rapper and entrepreneur was dressed in his own clothing line which will soon be released. He spilled the beans on his future plans as well as his latest English single, Drop! 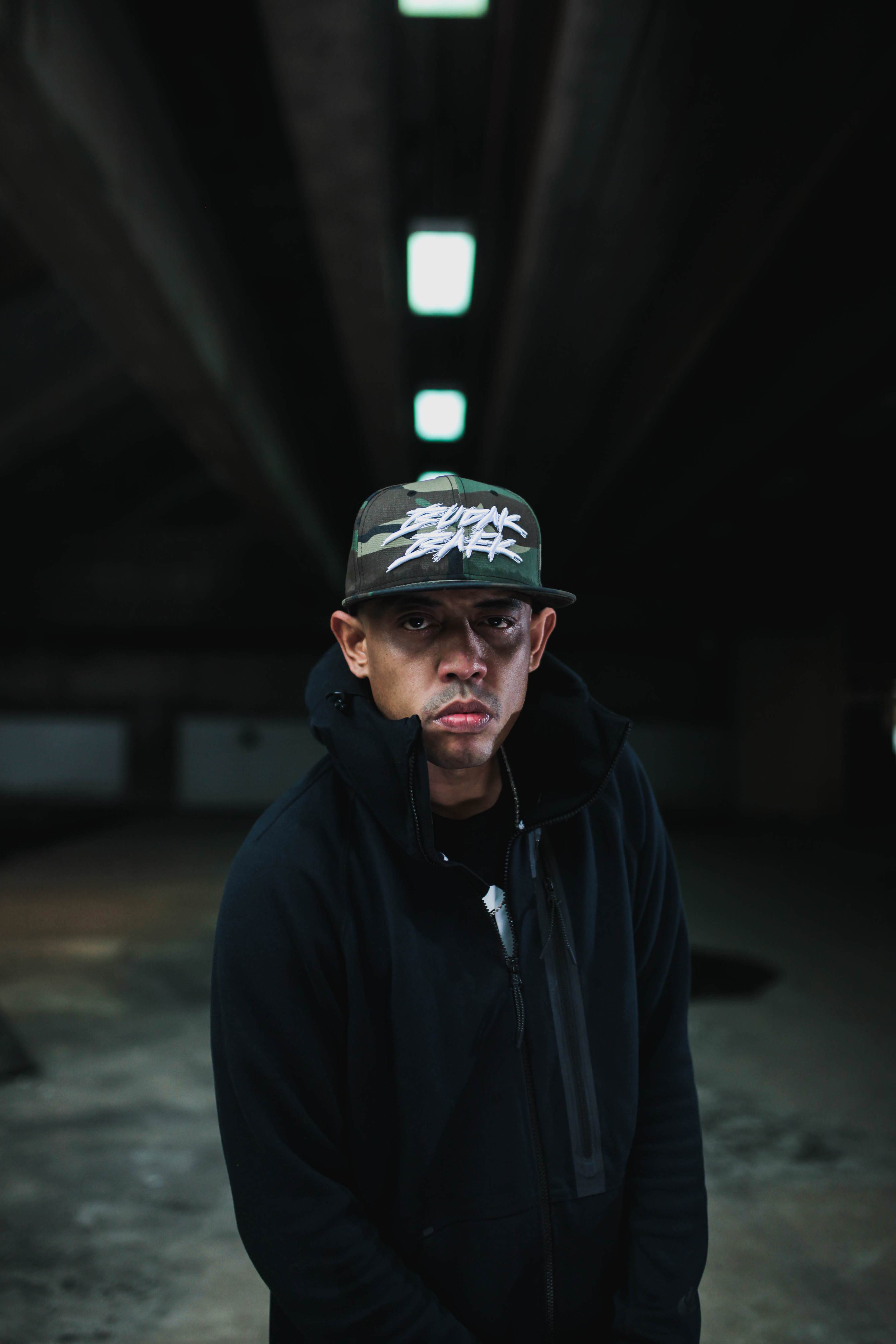 The Johorean is no stranger to our shores as he has been travelling regularly since he was as young as 10. Joe has an impressive track record in Malaysia as he grows his business empire, known as Kartel. Kartel is a diverse range of business that includes his record label (Kartel Hitmen), Joe’s barbershop and his personalised owned merchandise outlet, Budak Baek and in the works of producing a reality show cultivating future Hip-Hop performers in Malaysia.

Joe’s second single, Apa Khabar at the Malaysian’s acclaimed award shows at the Anugerah Industri Muzik 21 and Anugerah Juara Lagu (AJL) made history for a Malaysian Hip-Hop song in the Song of the Year category. Drop is the latest single by Joe. The track is produced by Singaporean rapper, Alif formerly from SleeQ and mastered by notable sound engineer Chris Athens. The creation of lyrics took Joe only six hours, a skill that he said to impress a girl which he likes, mission accomplished!

The Instagram worthy music video was shot in Phuket, Thailand at Sri Panwa Resort which is owned by his close friend. The location was strategically chosen by Joe as he did not want to shoot the video in his home country due to its uniqueness. Drop seeks to celebrate the positive vibes of life such as temptations, fame, future promises which he had in mind as it causes a ripple effect to undermine the negative traits of life.

Joe recalls his music collaborations he had through out his career since 1998. In an interview earlier this year, he explained his efforts to create a foundation and revolutionise the local Hip-hop scene in Malaysian. Joe describes his fondest memories that took place three years ago for the Future Music Festival in Kuala Lumpur with the Wu-Tang Clan. He also complemented on the flawless and talented Indonesian singer, Rossa who he worked with in katakan. 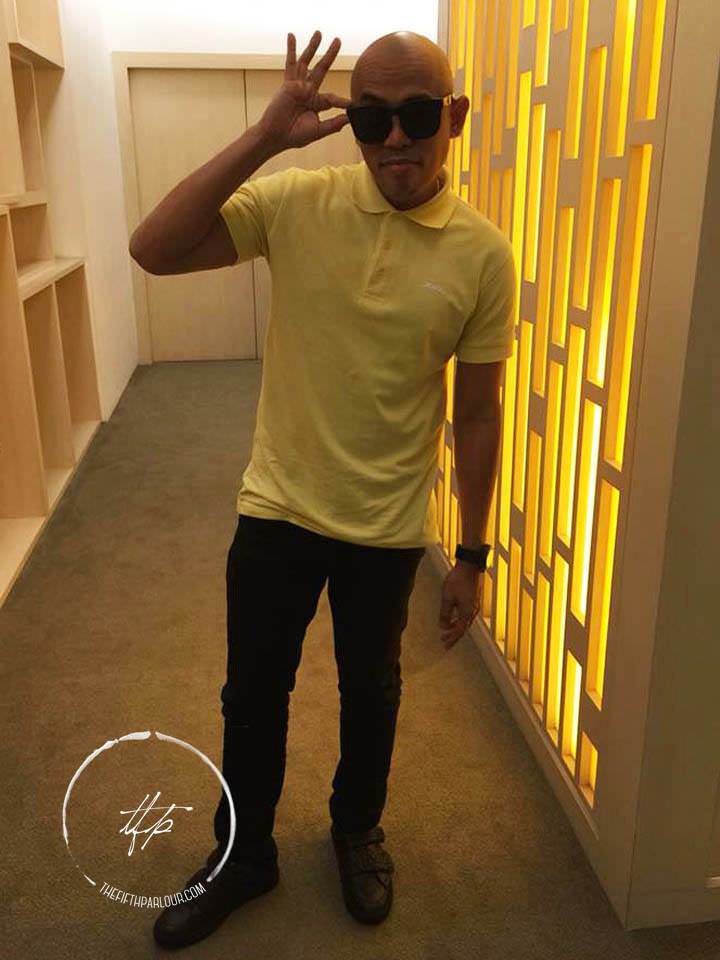 The following are 5 amazing facts about Joe Flizzow (which fans may not know) :

Keep your eyes peeled as he will be releasing more tracks in the months to come. Apart from Sonaone, who is a member of Kartel Hitmen group will be joined by many more acts to come as Joe has hinted that his “radar is on” for exciting acts in the world. He will be travelling to Holland in the coming future for a music festival to do so.

Fans of his clothing line Budak Baek, will soon be able to visit his flagship store in Kuala Lumpur when it opens on 11 March 2018! Alternatively, you can order them online at the link here! Don’t forget to check out Joe Flizow’s Drop on Spotify and Youtube!

The Fifth Parlour would like to thank Joe for the interview and Sony Music Singapore for coordinating the interview.

Looking for some sweet delights to wow your guests during the upcoming festive celebrations? Fret not, Christmas with Janice Wong has a selection of beautiful chocolate treats for you to choose from … read more about their upcoming festive collection on The Fifth Parlour!
The Anime Festival Asia Singapore (AFA) 2022 is coming back this November!
Wanna know what was local content creator @danialron was saying to make us laugh? Stay tune for the interview out soon on The Fifth Parlour! #singapore #youtube #YTFF10 #youtubefanfest #danialron
Sneak peek of our interview with Ranz and Niana! Look out for their interview on our website soon! #singapore #youtube #YTFF10 #ranzkyle #nianaguerrero #ranzandniana #youtube #youtubefanfest
The Singapore International Film Festival (SGIFF) is back with its 33rd edition with 101 independent films from 55 countries. 🇸🇬 made films account for over a quarter of the year’s line-up! The opening film for this year’s edition is Assault, a comical thriller directed by Kazakh director Adilkhan Yerzhanov.
Here's wishing you and your loved ones a Happy Diwali!
This year show will be bigger than the previous years, with the combination of a livestream on-site, and a showcase of some of YouTube biggest talents in Singapore and the region!
Planning a family holiday real soon?
Catch @eunbining0904 in Singapore at the Capitol Theatre on 11 November, as part of her very first Asian fan meet since the pandemic.
Missed out on @Westlife at the recent Singapore Grand Prix? Fret not, the boys will be performing here again for 3 nights next year! 🫰🏽
A large Pink Moon rises and a secret will be revealed in @disneyplussg first dating reality show, Pink Lie.
Be ready to rejoice as Sing.Lang is back for its fifth edition this coming November! Tickets are out available on Ticketmaster!