Homegrown indie artist, Dominic Chin is back with his brand new irresistible earworm, IYKYK! The abbreviation of the popular phrase “if you know, you know”, IYKYK is a dance-pop song about the hidden intimacies of a friendship and love note to one’s ride or die. One might actually find it hard to sit still whilst listening to this tune as it is an addictive anthem which celebrates the misfits who find both their tribe and acceptance. 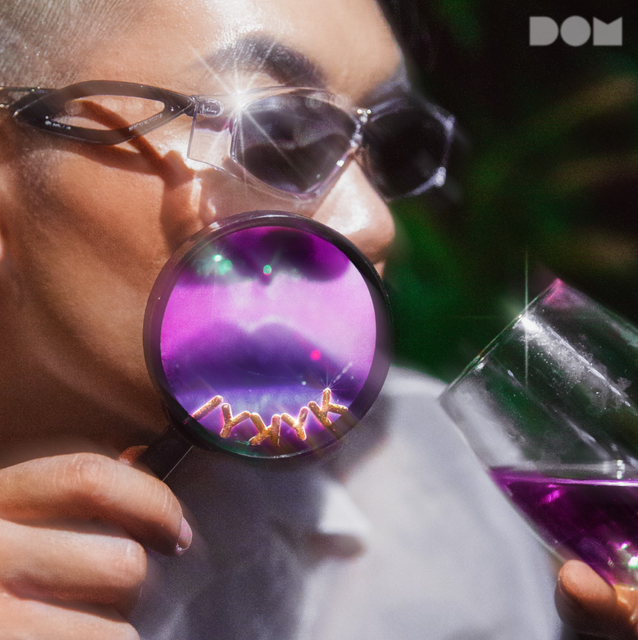 Chin shared about how hard it is to find friends who love and accept you despite you being different, and how it was hard for him to fit in anywhere growing up. As you listen to the tune, you would recognise that Chin is heavily inspired by some of the biggest songs of the 80s, mainly Whitney Houston’s I Wanna Dance With Somebody and Luther Vandross’s Never Too Much. The layered vocals, dynamic strings and bouncy bassline make IYKYK a catchy must-have on the dance floor. The lyrics also shout an “us against the world” outlook.

Longtime collaborators and friends of Chin, Framethefolks shot the colourful music video. Viewers can look forward to a chaotic, boldly fashion-forward and eccentric film that matches the beats and colours of the song perfectly. This video vows to put a smile on your face as you follow the journey of a group of friends dressed in bright yellow faux fur and shiny sequin pants, hoping to enlist him to be part of their clique.

IYKYK is a standalone single ahead of Chin’s upcoming album, Runway Heartbeats. It will feature four brand new songs that will be released in December and through the first half of 2023. Also, he will be holding a concert in collaboration with Singapore Street Festival to showcase his body of work thus far at Singtel Waterfront Theatre in July 2023.

IYKYK by Dominic Chin is now available for streaming on Spotify.

The jolly season signals a time to come together with friends and families to feast together and create wonderful memories. Look out for @jacksplacesg festive menu that will be available on Christmas Eve, Christmas Day & New Year Day.
What is @danialron plans for 2023? Head over to our website to check out our interview with Danial!
Tanya Chua 蔡健雅 one of our very own, is finally back home for the second time performing after winning 4 huge awards in ‘Golden Melody Award 金曲奖’ for her album “DEPART” which also allowed her to broke the record of winning “Best Mandarin Female Singer” for 4 times!
Bii 畢書盡 is finally back in Singapore to meet his fans in Sing!Lang 2022! Performing his several hit songs such as “Let’s Drunk” “Love More” “Come back to me” which made the whole crowd sang along with him! #SingLang2022 #Sing浪2022 #Bii #畢書盡
A special stage last night from @sezairi and @meigui.k as they performed their award song “Ku Mahu 在乎” from SG:SW 2019 Xchange Award composition! Also with one of Sezairi’s hit song “Fool”
MICapella got the audience moving with “我的 Party Time” last night!! #SingLang2022 #Sing浪2022
Still reminiscing last night Sing.Lang performances? Here are some recaps and highlights of yesterday concert!! #SingLang2022 #Sing浪2022 #ianfang #toshrock #desmondng #glennyong #bonnieloo #giselechiam
Looking for some sweet delights to wow your guests during the upcoming festive celebrations? Fret not, Christmas with Janice Wong has a selection of beautiful chocolate treats for you to choose from … read more about their upcoming festive collection on The Fifth Parlour!
The Anime Festival Asia Singapore (AFA) 2022 is coming back this November!
Wanna know what was local content creator @danialron was saying to make us laugh? Stay tune for the interview out soon on The Fifth Parlour! #singapore #youtube #YTFF10 #youtubefanfest #danialron
Sneak peek of our interview with Ranz and Niana! Look out for their interview on our website soon! #singapore #youtube #YTFF10 #ranzkyle #nianaguerrero #ranzandniana #youtube #youtubefanfest
The Singapore International Film Festival (SGIFF) is back with its 33rd edition with 101 independent films from 55 countries. 🇸🇬 made films account for over a quarter of the year’s line-up! The opening film for this year’s edition is Assault, a comical thriller directed by Kazakh director Adilkhan Yerzhanov.