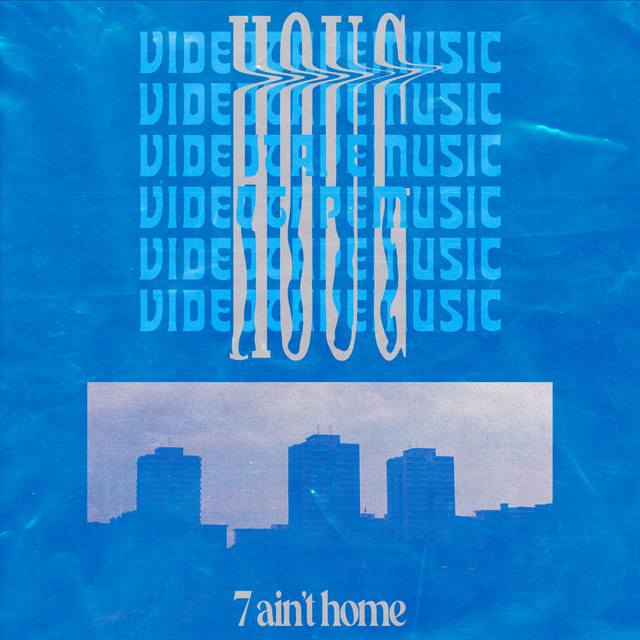 When writing 7 Ain’t Home, Houg wanted to explore themes relating to self-doubt and passivity, within the context of time. Self-doubting the choices we made as we fear the consequences was what the single is all about. This single also feature Japanese music producer, VIDEOTAPEMUSIC, which complements the single as a whole as he made the song a lot fuller and intentional. Houg added that having VIDEOTAPEMUSIC onboard has given him the reassurance and confidence that he needed.
7 Ain’t Home is the forth single off his upcoming album, The Biting Tempo. What sets this album apart is that the songs in the album surrounds around time. Houg shared that even though the theme is the same, each songs in the album explores different things such as conversation around decaying friendships, self-doubt and many more. The songs will let you discover what goes through his mind at different point of time. “The different states of mind that these songs explore are also supported by an array of different sounds. Some songs could be an upbeat Citypop type affair, while others take the shape of a cheesy 90s ballads with a Houg-y twist. And I think that is really fun because it strengthens the themes and purpose of the album,” explained Houg on the songs on the album.
The album will be out next month on March 4. Houg will be doing a show to celebrate the release of his album where audiences can experience a multi-sensory interpretation of the album. You would not want to miss this opportunity to catch Houg live. A little bird told us that other than being a musician, Houg is a photographer as well. So, imagine the visual elements during the gig!
Stream 7 Ain’t Home on all major digital streaming platforms. Stay connect to Houg via his social media platforms: Facebook, Instagram and YouTube.
The Fifth Parlour would like to thank Houg for the interview and Canglo for coordinating the interview.

In conjunction with World Mental Health Day (WMHD) on October 10, creative production house, AOR Global and music labels, Starpop Philippines and Where Are the Fruits worked with Singapore-based artists, KIRI, kotoji and Marian Carmel to produce a 5-single EP titled, My Safe Place which surrounds mental health.
Zendyll and Music Matters Live Present Majulah Made in S.E.A.!
Back to Live gigs and many more to come this September and beyond!
This Disney+ Day, catch the new Korean variety show starring Yu Jaeseok, Lee Kwangsoo and Kwon Yuri in THE ZONE: Survival Mission!
Catch @westlife on @gvmovieclub before their concert in October! Tickets are now on sale! More info in on our website!
Enjoy a Special Screening of DC League of Super-Pets at Funan!
🎙🎸
Catch the most anticipated South Korean film, Emergency Declaration starring Song Kang-ho, Lee Byung-hun, Kim Nam-Gil, Jeon Do-Yeon, Yim Si-Wan, Kim So-Jin and Park Hae-Joon.
The ASEAN Music Showcase Festival (AMS) is coming to Singapore! More than 30 regional and international artists will be showcased over the two days festival.
Lee Jong Suk and Lim Yoona star in brand new noir drama ‘Big Mouth’ which is now streaming on Disney+!
Join @amirkhanmma’s MMA Masterclass at the OCBC Square on National Day for 30 minutes of high-paced cardio-packed workshop.
ADAMAS is the latest Korean drama series to be available on Disney+. The star-studded casts include @justin_jisung , @jihye8024 , @xxiuzing , @heosungtae and @ohdaewhan .