Full-time tattoo artist and founder, Joel Ang, had a vision of translating his work of contemporary Japanese tattooing into the creation of large embroidered patches, big enough for the graceful details of Japanese art to come through. In 2016, Peony & Talon was launched online as a platform for Japanese-inspired embroidered patches. It is redefined today, into Kingyo Kintsugi as it breathes new life into the embroidered patch brand.

The humble idea had to take a backseat due to busy schedules at work after a move to Sydney and Melbourne while eventually starting a family. The rebranding of the online store was carefully thought through with the concept of Kingyo, which is goldfish in Japanese, the first-ever embroidered patch that Joel Ang designed. Kintsugi, however, is the Japanese art of mending broken pottery with gold. It represents the concept that brokenness does not have to be hidden; rather, the history of an object makes it more beautiful and worthy of celebration. 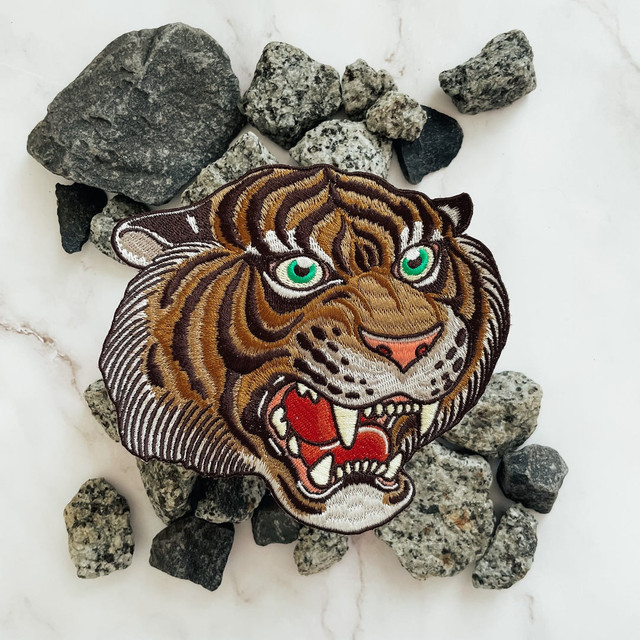 The variety of colours chosen is lighter spring colours – sunny yellows, pastel peaches and pinks, and meadow greens. The Sakura patches include a colourway of vibrant red and gold to bring in the new year. This collection celebrates hope – spring representing renewed life after the bleakness of winter.

One of my favourites from the Lunar New Year Spring Collection has to be the Tiger series (even though I was born in the Year of the Goat). Considered the most powerful amongst land creatures in Chinese mythology, the Chinese pictogram for “king” or “王” was derived from the forehead markings of a tiger. Joel incorporates the legend as part of the design of this patch. I have to admit, I do have a collection of iron patches bought over the years while travelling and this would look perfect on my denim jacket!

Check out the patches including the Limited Edition Gold Kingyo pair and more on its official website. Today is the last day for you to enjoy their storewide discount of 8%!