Seven years later after announcing their hiatus, UK boyband, The Wanted has finally released their greatest hits album Most Wanted. The album is a collection of all the band’s worldwide hits and fan favourites, many of which were actually written by the band. 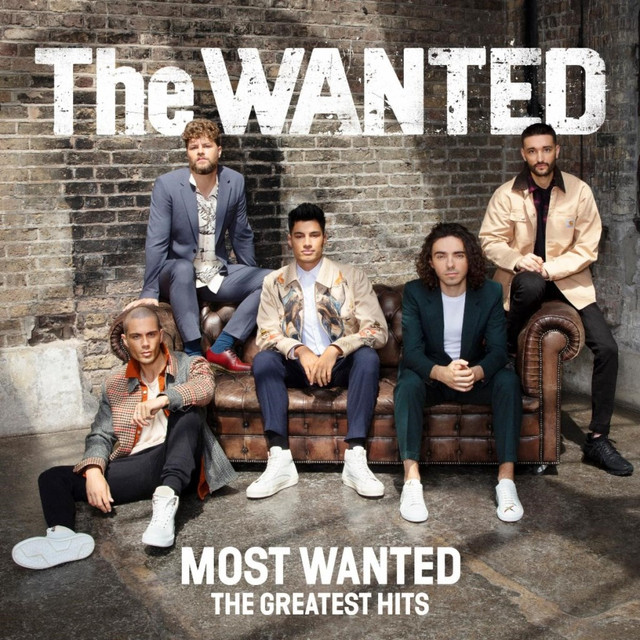 The track list consist of their #1 singles such as All Time Low and Glad You Came , 2010 Comic Relief single – Gold Forever and their ballad Heart Vacancy. The hits collection also include hits like Warzone, Show Me Love, We Own The Night, Lose My Mind and fan favourite Could This Be Love. Adding on to that, there are also some special acoustic tracks of their hits which is sure to make you feel all warm and fuzzy after listening to it.

The album also includes brand new tracks Rule The World – which was written by Max George and Lauv and Colours – which was co written by Nathan Sykes. Both tracks are filled with euphoric and strong beats that is perfect for the dance floor – something that the boys have made sure to incorporate in all their tunes, to spread happiness when you listen to it. The entire album is filled with nostalgia that makes you feel young when you listened to it.

After listening to the entire album, my personal favourites from the album is Could This Be Love (Acoustic) – simply because their vocals are so raw and you can easily resonate with the lyrics and Heart Vacancy – I mean we all love some boyband ballads, don’t we?

Following the released of their greatest hits album, the boys have teased more possible new tracks in the coming months and they are also set to embark on a UK tour in 2022. With so much exciting stuffs happening in the coming months, I guess it is safe to say that we are Glad You Came back, The Wanted!

Most Wanted – The Greatest Hits album is now available on all music platforms!

Joel Ang translates his work of contemporary Japanese tattooing into the creation of large embroidered patches through its online store, @kingyo.kintsugi while giving it a fresh start this Lunar New Year. Its new name has a rich meaning and the Lunar New Year Spring Collection itself comes in a variety of colours, with touches of lighter spring colours – sunny yellows, pastel peaches and pinks, and meadow greens.
Out with the old, in with the new! Happy New Year! May the new year bring you peace, joy, and happiness.
Wishing you a blessed Christmas with your loved ones. Stay safe!
@Sezairi is a Fool for Love in His Romantic New Ballad … you can read more on our website! ❤️ #thefifthparlour #sezairi #review #tfpxlocal
The Wanted is back to add colours to our lives!!!! Check out our review of their newly released greatest hits album up on our website now! 😊🌈☄️ #thewanted #twfanmily #tomparker #maxgeorge #sivakaneswaran #jaymcguiness #nathansykes #tfp #albumreview
The Pancake Place: the Unexpexted Savoury Haven!
Check out You Should Have Said So by @rriley , her debut single under 465, a newly launched indie-pop label founded by Zendyll and The Kennel Asia.
Established in Hanover, Germany, Persona is an independent female-fronted metal band with three full albums including their latest - “Animal”. The band maintains its haunting sound while experiments to stay relevant to the metalcore/hardcore genre.
@thealexavilla shared with us the meaning behind her single, Call Me Crazy. Head over to The Fifth Parlour to read the full interview!
The Singapore International Film Festival (SGIFF) returns to the cinemas for its 32nd edition this November!
The iQiyi Original K-series showcases the Haidong Branch Rangers on Jirisan. Throughout the course of the four seasons, they brace through typhoons, fires, floods and untold dangers fearlessly in their search and rescue missions. The casts include Gianna Jun, Ju Ji-hoon, Oh Jung-se and Cho Han-Cheul.
Hip-Hop and R&B imprint label under @zendyllmusic , @hvt.ent presents local R&B artist, @itsfeez_ . The release of the single, “Under” is a collaboration between HVT Entertainment and Universal Music Singapore and features YHB Sleepsalot.