With a whooping over 610,000 monthly-listeners and over 8.8 million streams to date on Spotify, lullaboy is back with a soft piano ballad that pays homage to his mother from the perspective of singing all the things he would like to say to her in the fictionalised event that it would be too late. 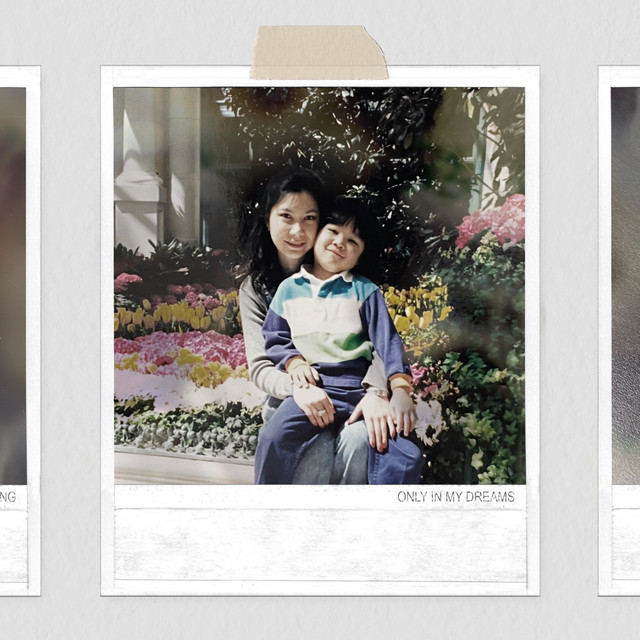 lullaboy also known by Bernard Dinata is an Indonesian-Singaporean singer-songwriter and producer. Graduating from the prestigious Berklee College of Music and a former intern at YG Entertainment, he started out releasing music independently through social media since 2016. lullaboy successfully developed a loyal community of fans and was on Spotify’s featured playlists representing both Singapore and Indonesia.

Struck by inspiration from an argument with his mother before a scheduled songwriting session with a friend, lullaboy croons about the uncomfortable feeling of guilt and melancholy over a trivial matter that sparked the disagreement. As the COVID-19 pandemic worsened through the year, these feelings became more and more real and lullaboy felt like now is the right time to release his latest single, Only in my Dreams.

Produced with Berklee College of Music alumni Justin Adijanto and mixed by fellow alumni Ano Stevano, who mixes for top Indonesian acts such as Afgan, Raisa, Isyana, Ramengvrl, only in my dreams is an honest heart wrenching piece that gradually climaxes with a backing orchestra.

Layered with soothing harmonies and raw intimate vocals, the listener is taken to the center of a concert hall as lullaboy exposed his deepest thoughts and fears in this sentimental tear-jerker. You can witness these emotions in a reaction video released by lullaboy with a special appearance of his mother.

Stay connected with lullaboy through his social media; Instagram & Facebook. Stream only in my dreams on Spotify right now!

You won’t wanna miss out on this night of Singer-Songwriter backed by strings featuring some of our local acts! Read more at thefifthparlour! #tfp #thefifthparlour #tfpxlocal #weish #jackandrai #lewloh #jaimewong #amandatee #krystajoy
What was difficult about the experience was learning to convince myself that leaving this toxic ex-lover was an act of self-love and not a habit of escapism. I only realised it was love bombing & abusive when I stepped out of the picture months after, but the damage was done,” shared RON.
Joel Ang translates his work of contemporary Japanese tattooing into the creation of large embroidered patches through its online store, @kingyo.kintsugi while giving it a fresh start this Lunar New Year. Its new name has a rich meaning and the Lunar New Year Spring Collection itself comes in a variety of colours, with touches of lighter spring colours – sunny yellows, pastel peaches and pinks, and meadow greens.
Out with the old, in with the new! Happy New Year! May the new year bring you peace, joy, and happiness.
Wishing you a blessed Christmas with your loved ones. Stay safe!
@Sezairi is a Fool for Love in His Romantic New Ballad … you can read more on our website! ❤️ #thefifthparlour #sezairi #review #tfpxlocal
The Wanted is back to add colours to our lives!!!! Check out our review of their newly released greatest hits album up on our website now! 😊🌈☄️ #thewanted #twfanmily #tomparker #maxgeorge #sivakaneswaran #jaymcguiness #nathansykes #tfp #albumreview
The Pancake Place: the Unexpexted Savoury Haven!
Check out You Should Have Said So by @rriley , her debut single under 465, a newly launched indie-pop label founded by Zendyll and The Kennel Asia.
Established in Hanover, Germany, Persona is an independent female-fronted metal band with three full albums including their latest - “Animal”. The band maintains its haunting sound while experiments to stay relevant to the metalcore/hardcore genre.
@thealexavilla shared with us the meaning behind her single, Call Me Crazy. Head over to The Fifth Parlour to read the full interview!
The Singapore International Film Festival (SGIFF) returns to the cinemas for its 32nd edition this November!