Humble and spontaneous Singaporean singer-songwriter, Jason Yu shares his musical journey with the release of his EP, Ideals. He began busking on the streets of Orchard Road with song covers and eventually reached out to his supportive fans through a special online concert, Journey to Ideals recently on popular meeting app – Zoom.

The two and a half hour concert was part of an exciting build up to the announcement of the release of his music video – I Miss You. As Jason reiterated during his acoustic concert, home can mean different things to different people, be it a physical place, a state of mind or the people in your life. With stripped-down lyrics and an easy guitar and piano accompaniment, the single was written while he was living in Australia for a few years to pursue his studies. He added that the single as well as the visuals from the music video is up to the individual interpretations. 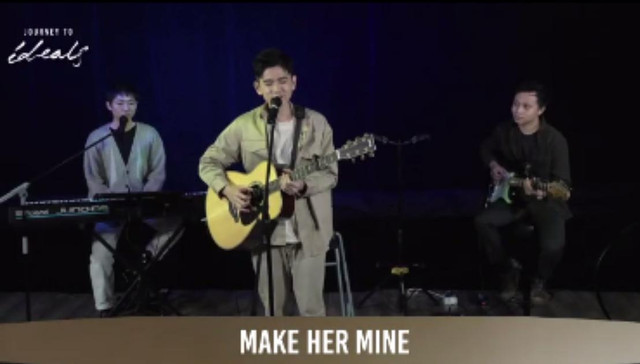 Screenshot of Journey to Ideals Concert

I Miss You completes the conceptual 5-track EP made up of standalone or personal stories and experiences by Jason as he injects a fresh take into contemporary genres that make us collectively human. Ideals shape the way we live our lives and experience this world. With that in mind, he performed Make Her Mine, Now I know, Anyone and Hearts Release during the concert.

The heart and soul of the acoustic performances was accompanied by fellow musicians – Jung, Ryan and Edric. Numerous trivia and Q&A sessions were had throughout the night with fans winning official merchandise designed especially for the release. On top of that, successful lucky draw winners also received Grab vouchers. Jason, together with the team, took five weeks to prepare for the concert and I am pretty sure his fans enjoyed it! The night ended with great news; Jason expressed his gratitude to be nominated at *SCAPE Youth Music Awards 2021 under the Best New Artist category which be held on 21 March.

Have a listen to I Miss You on Spotify and other music platforms!