Codecaud described her music as Orh Lua (Oyster Omelette), metaphorically it may not look extremely appetising but you will get a surprise after eating it with chili. Continue reading to find out more on Codecaud and her music as The Fifth Parlour caught up with her during the Circuit Breaker (CB). 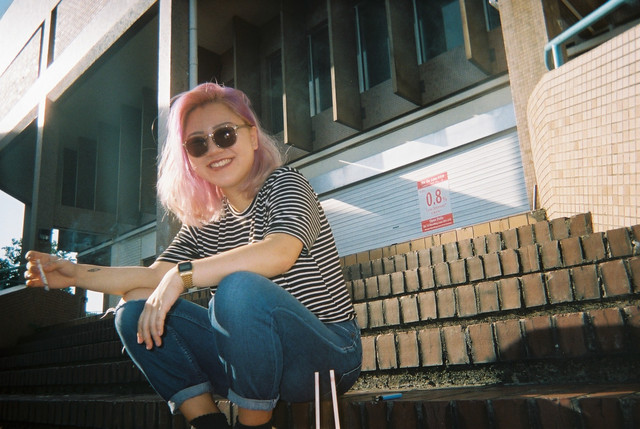 Singaporean singer-songwriter, Codecaud released her new single Burst of Clouds. The inspiration for her single was visualised while chilling on grass looking through the sky in New York City. She reflected on various people and strangers that she encountered. It gave her a revelation that, as human beings, despite coming from different cultural backgrounds and languages; everyone are not that different from each other. The music video for Burst of Clouds was inspired by her trips to New York City and Japan.

The process of recording her songs from her bedroom was difficult during CB. With all the noises trapped within the walls in the house, it did not went absolutely well to the point that she felt like giving up. Her constant self-motivation allows her to keep pushing forward.

With a new album coming, every song has its own distinct flavour written in her introspective thoughts with regards to her mother and her views on relationships from a diary of thoughts pen down from four years ago. Codecaud has something up her sleeves and we should expect for more surprises as more singles and accompanying visuals will be released till the end of 2020!

Burst of Clouds is now available on Spotify and all major music streaming platforms! Stay connected to Codecaud via her social medias: Facebook, Instagram and Spotify.

The Fifth Parlour would like to thank Codecaud for the interview.