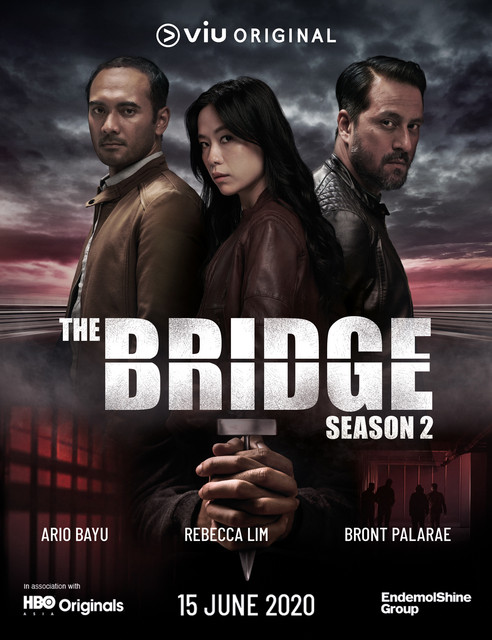 The award-winning English regional drama, The Bridge is back for its season two on Viu! Based on the original Swedish/Danish crime drama created and written by Hans Rosenfeldt under Endemol Shine Group, the 10-episode second season is produced by Viu with association with HBO Asia Originals. Through its virtual press conference not long ago, the casts, director and producer from Singapore, Indonesia, Malaysia and the Philippines went live with a special performance by Malaysian singer, Zee Avi singing the official soundtrack, Decadence Of My Love.

Since the inception of the first season in 2018, the Viu Original series, The Bridge is back with reprising roles by Rebecca Lim and Bront Palarae as lead roles from Singapore and Malaysia respectively. The casts of the second season have been expended towards neighbouring countries, Indonesia and the Philippines. Indonesia’s rising actor, Ario Bayu joins the team as a law enforcement officer with a hidden agenda. Joining him is a group of regional casts such as Wan Hanafi Su, Fikry Ibrahim and Chew Kin Wah from Malaysia, Lukman Sardi, Amanda Manopo and Miller Khan from Indonesia, Adrian Pang from Singapore and Joseph Marco from the Philippines. Additionally, TJ Lee and Jason Chong return to direct, alongside Zahir Omar. 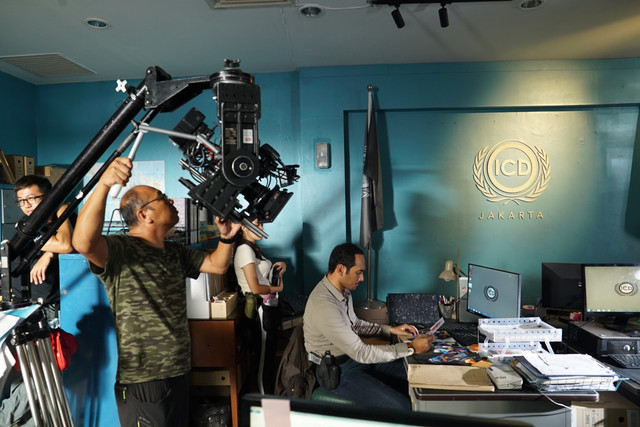 From the original series with the same name, the Asian version has been adapted to the regional flavour as it continues from the previous season. The Bridge season two begins with a yacht registered in Singapore drifts ashore in Johor, Malaysia with a deceased Indonesian family on board. Investigating the slew of serial killings that follow, the characters become mired in a web of treachery, deceit and personal tragedy. Darker and more twisted than before, this season plays with themes of corruption, redemption and revenge and is set against a distinctly Asian underworld backdrop. 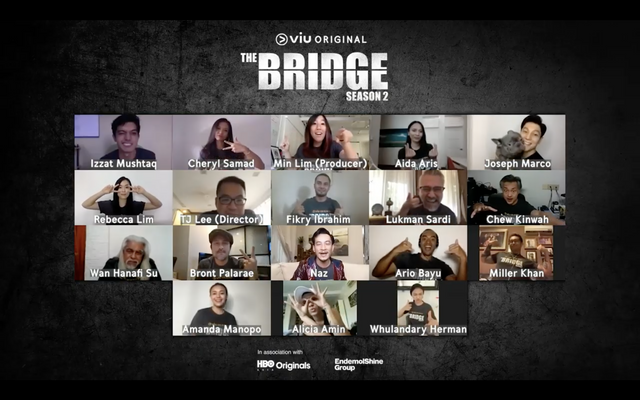 As mentioned by the executive producer, Min Lim, the plot for season two was prepared before it was given the green light for renewal. The Viu Original drama was one of the three productions which were renewed since 2018. As the casts shared during the virtual press conference, the process of filming enabled them to overcome the stereotypes Asians felt towards each other in the region as well as in the drama with the inclusion of two more countries namely; Indonesia and the Philippines. As the story develops, viewers should expect major changes from the previous season as “…more twists and turns, digging deeper into character and moving the action seamlessly across three countries”.

As Singapore goes through the easing of restrictions starting this Friday, why not have a small party and enjoy The Bridge season two as it is available for watching on the Viu app and online, HBO GO and HBO as it airs at 9pm in Singapore with a brand new episode every Monday from June 15!