Hari Raya Aidilfitri is definitely different this year as we go through various restrictions on movement and social interaction in society. It is a personal habit of mine to search for Hari Raya theme advertisements yearly on YouTube as it sets the mood of the festive season. This year’s theme is targeted at social distancing using technology such as video calls. The mixed feelings of not being able to celebrate with loved ones physically is a sacrifice we have to take for a safer community. The Fifth Parlour had a chat with local performer Izat Ibrahim to know how he is coping with the circuit breaker and his preparations for Hari Raya. 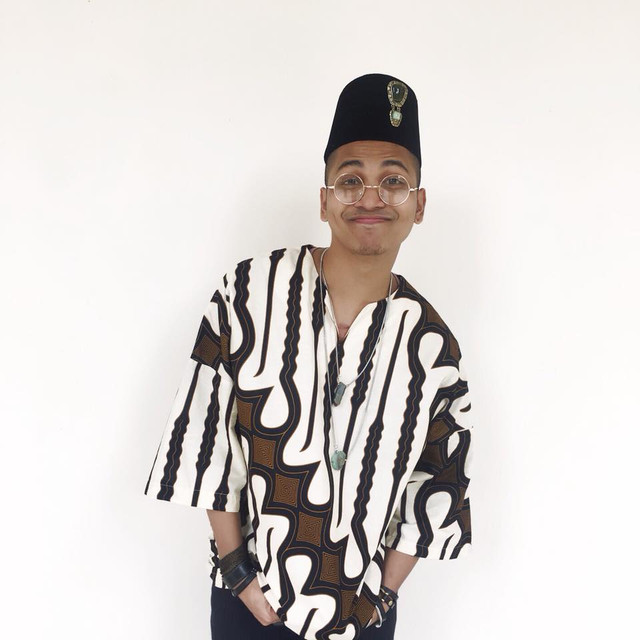 Ever since the Circuit Breaker (CB) in April, Izat had to adjust to the changes implemented to fight the outbreak of the Covid-19 pandemic. As most Singaporeans had to work from home, Izat’s source of income was affected because all entertainment hubs were forced to closed. It affected him emotionally and financially as he had to be at home daily which made him think of unhealthy thoughts. To overcome it, Izat helped his mother to prepare meals at home with newly learned recipes. Additionally, he does Karaoke sessions too at home! He also has been busy with projects such as the Stay at Home Singapore project by Mr Clement Chow with The Straits Times and the Gift a Song project organised by the Singapore International Foundation.

As the CB comes to end in June, he hopes to resume his love for the outdoors; enjoying the ambience of a café and the stage. Not forgetting, hanging out at his sister’s house because of his adorable nephew.

Izat is a “typical nerd next door” as he puts it in his own words. A fashionable performer which I can attest to because I have watched him live performing at the nomination day for the Anugerah Planet Musik (APM) award show. As an avid social butterfly, he feels very comfortable interacting with people of all generations.

Izat has been in the entertainment business close to seven years performing at cafes, bars, clubs to music festivals. He is deeply inspired by RnB wizards such as Tevin Campbell, Toni Braxton, Luther Vandross and Boyz II Men. Izat writes emotional songs from memory lane, ranging from one-sided love, guilt, long-distance and issues regarding family. Apart from being a family-oriented person, he enjoys seeing his supporters sing and dance as he performs his songs on stage.

For Hari Raya, Izat is celebrating it with his mother at home while he murders all the delicious dishes. Rendang and Honey Cornflakes is the “must-have” food in the house! He does a similar routine such as myself, enjoying some laughs by local comedians and maybe sing along to similar tunes while watching Sinar Lebaran on MediaCorp Suria.

#BDHR is the keyword to look for this Hari Raya as The Wonda Factory released their latest single, Berteman di Hari Raya. The contemporary Hari Raya track is written by Khairil Ardy & Zalelo with Izat adding his high pitch vocals to the mix! The process of producing the track was done separately by the team due to CB. The RnB inspired track was meant to keep the mood alive with friends pitching in home videos of themselves in their Raya outfits while being all fun and quirky. Does it reminds you of the TikTok video?

Keep your eyes peeled as Izat release more tracks in the future! He plans to collaborate with more individuals in his future projects. It is uncertain what the future holds but he is optimistic about it as pens down ideas from home. Check out Berteman di Hari Raya and other of his tracks on Spotify now! Keep updated on Izat’s music by following him on his social medias; Facebook and Instagram.

The Fifth Parlour would like to take this opportunity to wish all of our Muslim readers Selamat Hari Raya!

The Fifth Parlour would like to thank Izat Ibrahim for taking time for the interview!