Chinese pop legend – Jay Chou (周杰倫) took time from making music and movies, to film his very own reality show – J-Style Trip (周游记). The show kicked off on March 21st, 2020 in Paris featuring Chou alongside his friends such as Canadian-born magician and singer Will Tsai, who wowed the judges on America’s Got Talent in 2017. 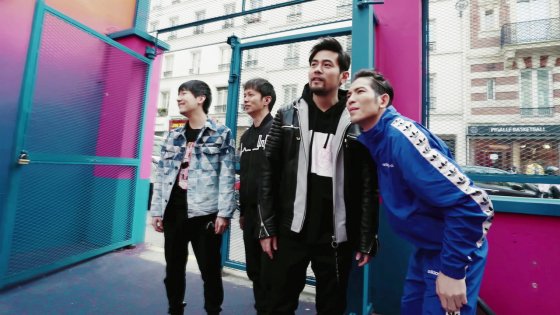 Catch a glimpse of the world through the lens of the performer himself as he journeys around the world. Chou also invited close celebrity friends such as Jam Hsiao, Blackie Chen, JJ Lin and more as they explored hidden treasures of cities. Get ready to be entertained with impromptu magical tricks along the way!

Having invited to perform for F1 Grand Prix concert, Chou took the opportunity to film his adventures in Singapore as he invites local artiste – JJ Lin to explore the city on two episodes of his reality show. The first pitstop was Sim Lim Square, where they visited Lin’s favourite video game store. He introduced local delicacy Mee Pok rather than the most talked about Bak Kut Teh and Chicken Rice. Next, they went to the Night Safari, Marina Bay Sands, Sentosa, S.E.A Aquarium and more! On top of that, a special birthday surprise was illustrated for Lin’s mother by the casts of the show!

The reality show is suspenseful as the entourage travel to various places around the world while some of this locations are unknown to many. The reality show brings out the inner childhood, spontaneity and freedom of the casts as it involved magic tricks along the way to entertain fans like myself, who would be binging on this show on Netflix.

The 12 unscripted episodes will be premiering both on Chinese station Zhejiang Satellite and Netflix, with new episodes weekly. Make sure to catch it with your loved ones and absorb some positivity during the Circuit Breaker!