The Foo Fighters returned to our shores for their long-awaited concert on August 27 at the Singapore National Stadium. Prior to the concert, the band held a press conference at the Mandarin Oriental Singapore to promote their new album, Concrete and Gold. 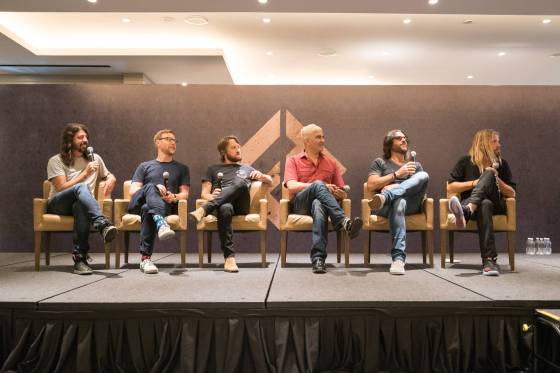 The eleven-track album consists of fresh, earthy rock-alternative sounds from the six-piece band which is comprised of Dave Grohl, Taylor Hawkins, Nate Mendel, Chris Shiflett, Pat Smear and Rami Jaffee. All members were present for the short session before the concert that night. Concrete and Gold is produced by Greg Kurstin, who has proven to produce successful albums in this past decade. Artistes whom he has worked with include Adele and  Niall Horan.

The Sky is A Neighbourhood is the band’s latest single and the music video is now available to view on social media platforms such as Youtube, as well as, on music channel MTV Asia. 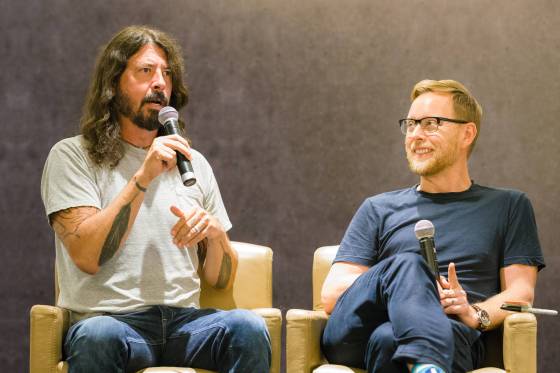 When asked about the choice of producer for the album, frontman Dave Grohl explained that the band wanted to project a new style of sound as compared to their previous albums. The band has been known for not following trends since their inception in 1994. The band members further explained the complexity and volatility of the music industry in the 21st century. This, however, does not influence their composition of music. The band started off recording raw sounds from Grohl’s home garage and today the band is open to experimental ideas from sonic waves and other sound effects.

Having been missing in action for nearly 21 years, The Foo Fighters returned to Singapore for their tour, coming in from Bangkok and leaving for Australia the night after their gig at the National Stadium. Their triumphant return would not be possible without the hard work of the band members and crew who have also been busy with their own personal responsibilities.

Concrete and Gold is available for pre-order online and will be released worldwide on September 15 2017!