Korean heartthrob Lee Jong-Suk and Girls’ Generation’s Lim Yoona star as husband and wife in the brand new Disney+ K-drama Big Mouth. Directed by Oh Choong-Hwan and premiered with new episodes every Friday and Saturday, this noir action-packed drama begins with the decoding of the identity of a notorious criminal named Big Mouse, who is a menace in the Gucheon village and  engaged in almost all kinds of criminal activity. 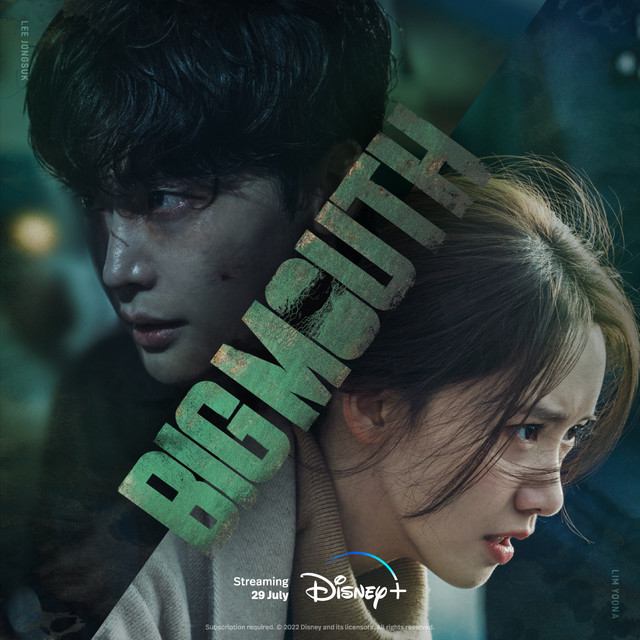 The drama quickly changed gears and focused on Park Changho who lived in a lavish life with his wife and father-in-law. This resulted in him raking up massive debts prompting him to be on the constant lookout for cases that can bring in large amounts of money. However, he is constantly plagued by a never-ending streak of bad luck and his life goes from bad to worse when he is hired to take on a high-profile case while finding himself being imprisoned with the murderers he has been investigating. The series then navigates through Chang-ho’s attempt to clear his name while trying to survive prison life.

During the virtual press conference, both Yoona and Jong-suk revealed that they enjoyed their character’s roles and the filming process. They describe the mood on set was exciting and fun. The chemistry was evident amongst them as the director had tried to cast the best actors in the industry.

Catch the fun and entertaining drama as described by Director Oh on Disney+ now and look out for the chemistry like between Jong-suk and Yoona.

The duo @ranzandniana from the 🇵🇭 was in town for the YouTube Fanfest 2022. They performed various dance numbers on stage and did a vlog of their time in 🇸🇬. We had the opportunity to meet up with them before the show.
Sing! 浪 2022: A Fusion of Symphonies
The jolly season signals a time to come together with friends and families to feast together and create wonderful memories. Look out for @jacksplacesg festive menu that will be available on Christmas Eve, Christmas Day & New Year Day.
What is @danialron plans for 2023? Head over to our website to check out our interview with Danial!
Tanya Chua 蔡健雅 one of our very own, is finally back home for the second time performing after winning 4 huge awards in ‘Golden Melody Award 金曲奖’ for her album “DEPART” which also allowed her to broke the record of winning “Best Mandarin Female Singer” for 4 times!
Bii 畢書盡 is finally back in Singapore to meet his fans in Sing!Lang 2022! Performing his several hit songs such as “Let’s Drunk” “Love More” “Come back to me” which made the whole crowd sang along with him! #SingLang2022 #Sing浪2022 #Bii #畢書盡
A special stage last night from @sezairi and @meigui.k as they performed their award song “Ku Mahu 在乎” from SG:SW 2019 Xchange Award composition! Also with one of Sezairi’s hit song “Fool”
MICapella got the audience moving with “我的 Party Time” last night!! #SingLang2022 #Sing浪2022
Still reminiscing last night Sing.Lang performances? Here are some recaps and highlights of yesterday concert!! #SingLang2022 #Sing浪2022 #ianfang #toshrock #desmondng #glennyong #bonnieloo #giselechiam
Looking for some sweet delights to wow your guests during the upcoming festive celebrations? Fret not, Christmas with Janice Wong has a selection of beautiful chocolate treats for you to choose from … read more about their upcoming festive collection on The Fifth Parlour!
The Anime Festival Asia Singapore (AFA) 2022 is coming back this November!
Wanna know what was local content creator @danialron was saying to make us laugh? Stay tune for the interview out soon on The Fifth Parlour! #singapore #youtube #YTFF10 #youtubefanfest #danialron