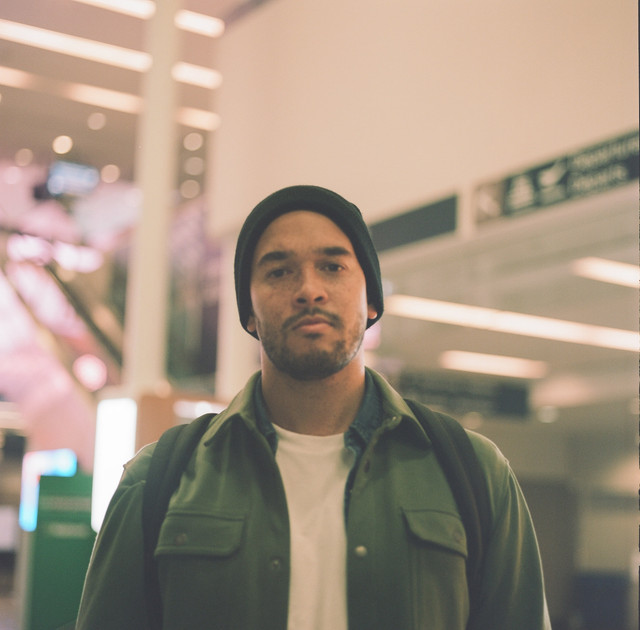 Weight is the third single from Price’s recent flurry of releases. His single Somehow, Someway was released in last October, and not only did it gain considerable play on the radio in Canada but it also charted on commercial radio. Price latest offering bolsters the considerable momentum he has generated lately as he lays the foundation for the release of a full-length album later on in 2022.

Weight utilises a modern 808 and synth-heavy production style whilst balancing it out with a nostalgic, feel-good “boom-bap” sound reminiscent of that old-school hip-hop flavour of the early 2000s that we know and love. Lyrically, Price vividly reflects on what seems to be the drudges of life on the road and its slow and steady erosion of one’s sanity and relationships.

It’s really a lament on losing grip on reality and carrying the burden of living a life that maybe you don’t really want… But veiled in a dark, sexy R&B shell.

The duo @ranzandniana from the 🇵🇭 was in town for the YouTube Fanfest 2022. They performed various dance numbers on stage and did a vlog of their time in 🇸🇬. We had the opportunity to meet up with them before the show.
Sing! 浪 2022: A Fusion of Symphonies
The jolly season signals a time to come together with friends and families to feast together and create wonderful memories. Look out for @jacksplacesg festive menu that will be available on Christmas Eve, Christmas Day & New Year Day.
What is @danialron plans for 2023? Head over to our website to check out our interview with Danial!
Tanya Chua 蔡健雅 one of our very own, is finally back home for the second time performing after winning 4 huge awards in ‘Golden Melody Award 金曲奖’ for her album “DEPART” which also allowed her to broke the record of winning “Best Mandarin Female Singer” for 4 times!
Bii 畢書盡 is finally back in Singapore to meet his fans in Sing!Lang 2022! Performing his several hit songs such as “Let’s Drunk” “Love More” “Come back to me” which made the whole crowd sang along with him! #SingLang2022 #Sing浪2022 #Bii #畢書盡
A special stage last night from @sezairi and @meigui.k as they performed their award song “Ku Mahu 在乎” from SG:SW 2019 Xchange Award composition! Also with one of Sezairi’s hit song “Fool”
MICapella got the audience moving with “我的 Party Time” last night!! #SingLang2022 #Sing浪2022
Still reminiscing last night Sing.Lang performances? Here are some recaps and highlights of yesterday concert!! #SingLang2022 #Sing浪2022 #ianfang #toshrock #desmondng #glennyong #bonnieloo #giselechiam
Looking for some sweet delights to wow your guests during the upcoming festive celebrations? Fret not, Christmas with Janice Wong has a selection of beautiful chocolate treats for you to choose from … read more about their upcoming festive collection on The Fifth Parlour!
The Anime Festival Asia Singapore (AFA) 2022 is coming back this November!
Wanna know what was local content creator @danialron was saying to make us laugh? Stay tune for the interview out soon on The Fifth Parlour! #singapore #youtube #YTFF10 #youtubefanfest #danialron