Even before 11am, a long queue has formed outside the food stall Ang Mo Kio Food Centre. The stall has been making headlines thanks to Yunos N Family who have been serving Malay cuisine for three generations. Afiq Rezza, a young hawker leads it with pride today, alongside other hidden talents waiting to be explored. Yunos N Family had its humble beginnings as a push cart stall at Hastings Road, which was then managed by Afiq Rezza’s late grandfather, Yunos. Since the relocation efforts by the National Environment Agency (NEA), it was later housed into a physical stall and has been in operation since 1979. The stall was featured in the media as well as a heritage series promoting hawker culture by the local authority as they bid for the UNESCO’s Representative List of the Intangible Cultural Heritage of Humanity. We were delighted to feast on the delicious and luscious gravy with yellow noodles, a hard-boiled egg complete with chopped chilis in the bowl of Mee Rebus. This is perfect for those who enjoy the heat! Their Gado-Gado was served with tempeh, tauhu squares and lontong (rice cakes) bathed in a savoury peanut sauce accompanied with keropok crackers. A simple yet filling brunch for everyone!

Succession didn’t happen overnight but rather naturally said Afiq Rezza. He took over the duties when he was 23 — from preserving the family’s recipe, to managing supplies and ensuring sufficient manpower to run the stall. His fondest memory as a hawker was at 9-years-old when he wanted a Game Boy console and his father made him work for it. It is a blessing in disguise for him to expand the trade and preserve the family’s legacy while adapting to tough times like the COVID-19 pandemic. 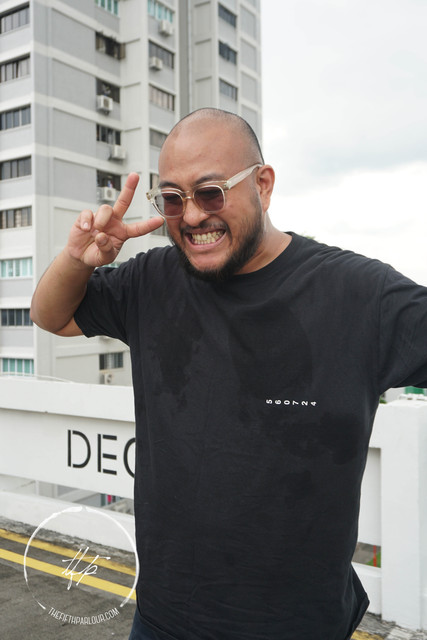 Besides collaborating on song covers, you can also find Afiq Rezza posing quirky couple shots with his wife on Instagram. He is a huge fan of Daniel Caesar, and demonstrates his vocal abilities through his love for soul and R&B music. Afiq Rezza began performing at night clubs as a hobby while he was still a student majoring in Interior Design. He amalgamates his creative ideas with merchandising opportunities in collaboration with local designers. An example is the work attire that bares the postal code of the stall. He is one of the founding members of an arts collective – BY AKRAB (Kinship) that encourages collaborative projects alongside his hawker responsibilities.

Not only is Afiq Rezza a self-taught musician, he also jokes about embracing the art of culinary and being a connoisseur for soupy meals such as Mee Rebus and Mee Soto while he gives back to the community who has supported the hawker culture and the delicacies prepared with utmost care and love.

The Fifth Parlour would like to thank Afiq Rezza for the interview.