South Korean songwriter Kang Daniel rose to stardom after winning the second season of reality competition series Produce 101 in 2017. A former member of Wanna One, he recently made his acting debut in Disney+’s new coming-of-age romantic drama series Rookie Cops.

Rookie Cops captured the challenges, spirit and passion of two students at the Korean National Police University, trying to become full-fledged cops. Kang plays the role of Wi Seung-Hyeon, a man of both justice and charisma, who wants to follow in the footsteps of his father, a high ranking police officer. His journey in the police academy is filled with fun and challenges as he learnt about the different ambitions of rookie cops. 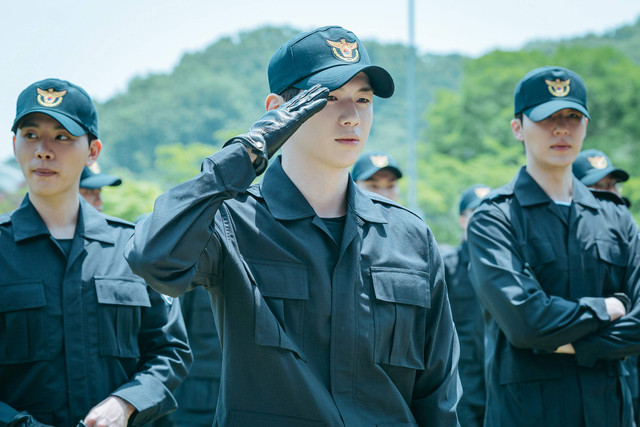 Even though, his character is a reserved individual, he is always quick to take action when a problem arises. That trait of his gets him into trouble in the show. However, he still managed to find a way out of the challenges faced. Despite this being his very first dabble in acting, his versatility is apparent. In every scenes, he gave viewers moments to remember and even some life lessons!

You can watch Rookie Cops on Disney+ now and I am certain that you will not regret giving this series a go!