It has been nine years, and the YouTube FanFest is back, bigger and better than ever. With a total of 19 acts from the Asia Pacific and beyond, the event was bound to be one of the biggest live shows ever held in Singapore since 2013! 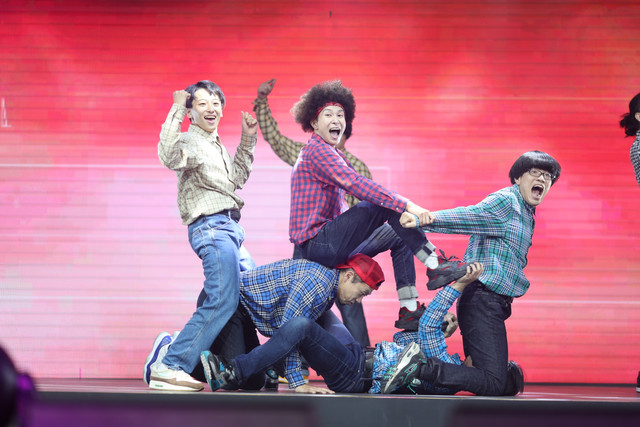 Fans were treated to amazing live performances from the Marina Bay Convention Centre. Each lineup performed twice while their fans cheer them on. Local influencers performing alongside them shared their favourite Singlish words on stage as it was live-streamed for the international audience. Some superfans were even treated to a Meet & Greet session with their favourite YouTube influencers before the show. A group caught my attention from the moment they stepped into the red carpet. The seven-member song and dance male idol performance group, Travis Japan performance was definitely one of my favourites. I can see them going far as a group as they are definitely up to par like the popular K-Pop bands.

The jolly season signals a time to come together with friends and families to feast together and create wonderful memories. Look out for @jacksplacesg festive menu that will be available on Christmas Eve, Christmas Day & New Year Day.
What is @danialron plans for 2023? Head over to our website to check out our interview with Danial!
Tanya Chua 蔡健雅 one of our very own, is finally back home for the second time performing after winning 4 huge awards in ‘Golden Melody Award 金曲奖’ for her album “DEPART” which also allowed her to broke the record of winning “Best Mandarin Female Singer” for 4 times!
Bii 畢書盡 is finally back in Singapore to meet his fans in Sing!Lang 2022! Performing his several hit songs such as “Let’s Drunk” “Love More” “Come back to me” which made the whole crowd sang along with him! #SingLang2022 #Sing浪2022 #Bii #畢書盡
A special stage last night from @sezairi and @meigui.k as they performed their award song “Ku Mahu 在乎” from SG:SW 2019 Xchange Award composition! Also with one of Sezairi’s hit song “Fool”
MICapella got the audience moving with “我的 Party Time” last night!! #SingLang2022 #Sing浪2022
Still reminiscing last night Sing.Lang performances? Here are some recaps and highlights of yesterday concert!! #SingLang2022 #Sing浪2022 #ianfang #toshrock #desmondng #glennyong #bonnieloo #giselechiam
Looking for some sweet delights to wow your guests during the upcoming festive celebrations? Fret not, Christmas with Janice Wong has a selection of beautiful chocolate treats for you to choose from … read more about their upcoming festive collection on The Fifth Parlour!
The Anime Festival Asia Singapore (AFA) 2022 is coming back this November!
Wanna know what was local content creator @danialron was saying to make us laugh? Stay tune for the interview out soon on The Fifth Parlour! #singapore #youtube #YTFF10 #youtubefanfest #danialron
Sneak peek of our interview with Ranz and Niana! Look out for their interview on our website soon! #singapore #youtube #YTFF10 #ranzkyle #nianaguerrero #ranzandniana #youtube #youtubefanfest
The Singapore International Film Festival (SGIFF) is back with its 33rd edition with 101 independent films from 55 countries. 🇸🇬 made films account for over a quarter of the year’s line-up! The opening film for this year’s edition is Assault, a comical thriller directed by Kazakh director Adilkhan Yerzhanov.