The writer, director of photography and the cast of iQiyi Original K-series Jirisan shared their experiences during the production of the drama. Which actor climbed a 산 (san) or mountain as an excuse to quit smoking when he was 20? Read on to find out more and what to expect for the upcoming premiere!

The iQiyi Original K-series showcases the Haidong Branch Rangers on Jirisan. Throughout the course of the four seasons, they braced through typhoons, fires, floods and untold dangers fearlessly in their search and rescue missions. During the global press conference simulcast live from South Korea, writer Kim Eun-hee, director of photography Choi Sang-mook, together with the cast Gianna Jun, Ju Ji-hoon, Oh Jung-se and Cho Han-Cheul shared their personal recollections in the making of Jirisan. 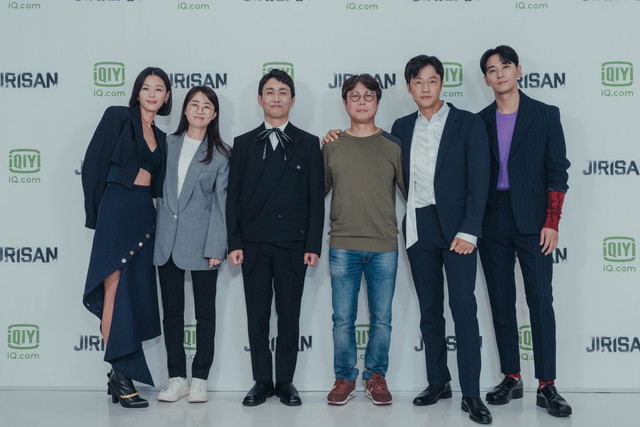 Mysteries and heartwarming stories will be revealed on Jirisan as the experienced ranger (Gianna Jun) and rookie ranger (Ju Ji-hoon) set themselves to unravel the secrets of the peak. The relationship between the two characters transforms after spending long hours together throughout the ordeal.

Here’s five reasons why you should catch Jirisan!

Look forward to the mysteries and suspense in Jirisan (지리산) as it premieres on 23rd October on iQiyi International app and iQ.com worldwide.