The talented Golden Melody award winning mando-pop singer, Gary Chaw was in town to promote his new album release 曹小格 Super Junior. The album was a made within 3 months, despite it being 3 years since his last release ‘A Friend 我們是朋友’ During the break, Chaw welcomed his son, Joe. The younger Chaw is always the first to listen to his demos and contributed to the album by giving out opinions. He is also featured on the track Summer Holiday. 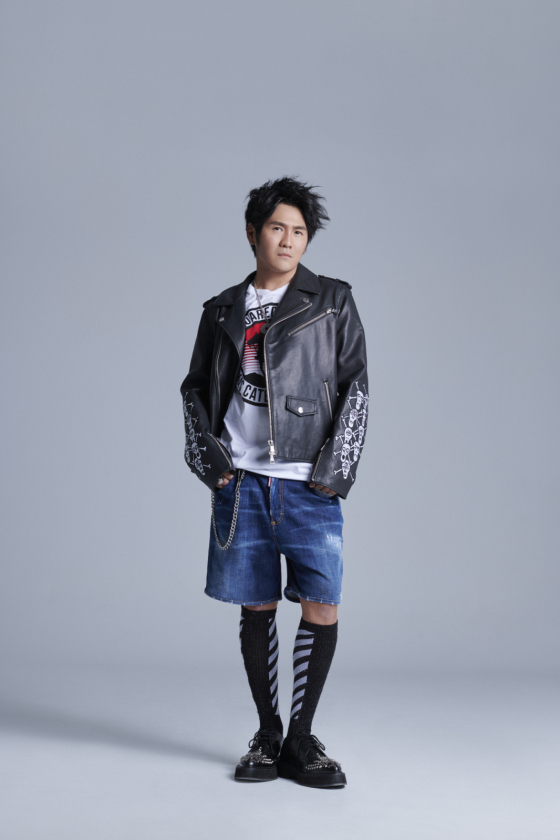 Super Junior features several mid-tempo tunes reminiscent of the 90s R&B vibe. Chaw had a photo of himself that was taken in the 90s as his album cover in efforts to emulate the concept of the album. The singer joked and said that the photo on his album cover was a compilation of the ‘Four Heavenly Kings’ (四大天王), consisting of Andy Lau, Aaron Kwok, Jacky Cheung and Leon Lai who have all had enormous success in their careers.

While the public might be expecting Chaw to release sadistic ballads, he personally expressed that he has already passed that stage where he has to prove how well he can sing, and is currently is at a stage where he feels that he should do whatever style of music he loves and wants to do.

Talking about his live performances, Chaw said that he feels really special on stage when the audience focuses on him while intently listening to him sing and deliver the emotions. With this regard, Chaw is quoted as saying, “I’m an ordinary person doing extraordinary things.”

Chaw thinks that music is a constant cycle. Many genres and styles from the past are now appreciated once again and incorporated in the new generation of music. He gives an example of how the movie ‘Bohemian Rhapsody’ has influenced the younger generations to know more about Queen.

Further explaining about the new album, Chaw mentioned that it is an album written in the perspective of his alter ego – ‘Cao Xiao Ge’, of which he wants to showcase to his listeners what that alter ego of him thinks. It is another identity that hasn’t been revealed to the public. Chaw also shared that he already has 2 more albums in the works and waiting to be released, but for now, he wishes for his fans to focus on his newly released album.

曹小格 Super Junior is now available on music platforms such as Apple Music, KKBox and Spotify.